In 2017 North Shore Community Land Trust partnered with the City and County of Honolulu Department of Parks & Recreation, State of Hawaiʻi Department of Land and Natural Resources, World Surf League, University of Hawaiʻi Sea Grant College Program, North Shore Outdoor Circle and community members to create a management plan for Paumalū (Sunset Beach Park) to help mitigate coastal erosion. The North Shore coastal dune system has not been adequately protected or effectively managed despite local sand abundance. Along this once pristine coast, the dunes have long ago been graded and developed with homes and parks. This has been to the detriment of the adjoining beach and associated habitat, which relies on this stored source of sand during times of episodic erosion. In addition, the grading of primary coastal dune also has increased the vulnerability of the residents to coastal hazards such as storm waves and erosion. Elsewhere the dune has been alternately developed, inappropriately landscaped, or altogether removed in random fashion based on localized development styles. The rapid increase in visitors to our islands is taking its toll on our beach parks.

In the summer of 2018, North Shore Community Land Trust along with our partners initiated the first phase of the long term beach management plan by out-planting 4,000 coastal native plants and developing designated beach access points to help mitigate erosion from foot traffic. While the winter surf season may impact the restoration efforts, the goal is to provide a rest and rebuilding period for the sand dunes during the summer to allow more sand to accumulate which will hopefully reduce erosion over time. Additionally, we have found that much of the erosion experienced at our beach parks is caused by foot traffic. By funneling users across designated beach access points, rather than across the sand in a haphazard fashion, we have seen decreased erosion along the bike path. 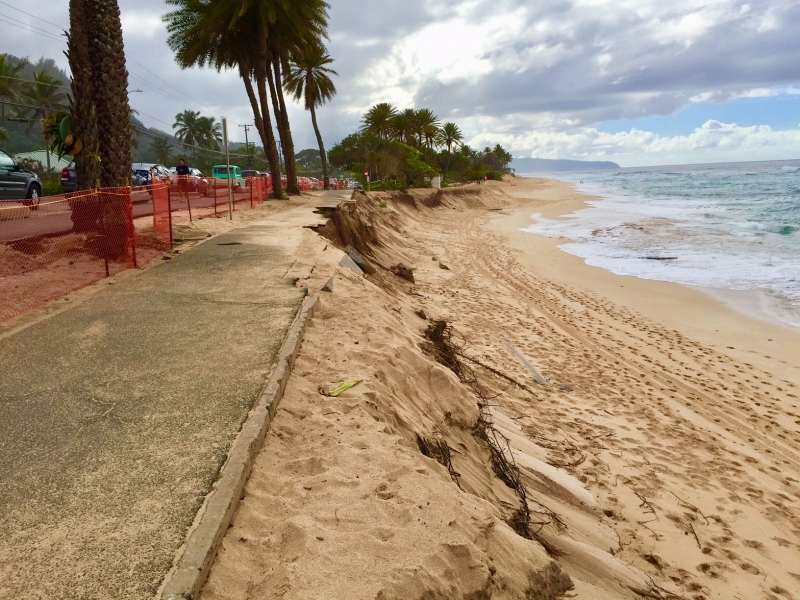 Erosion prior to the dune restoration project in 2018. 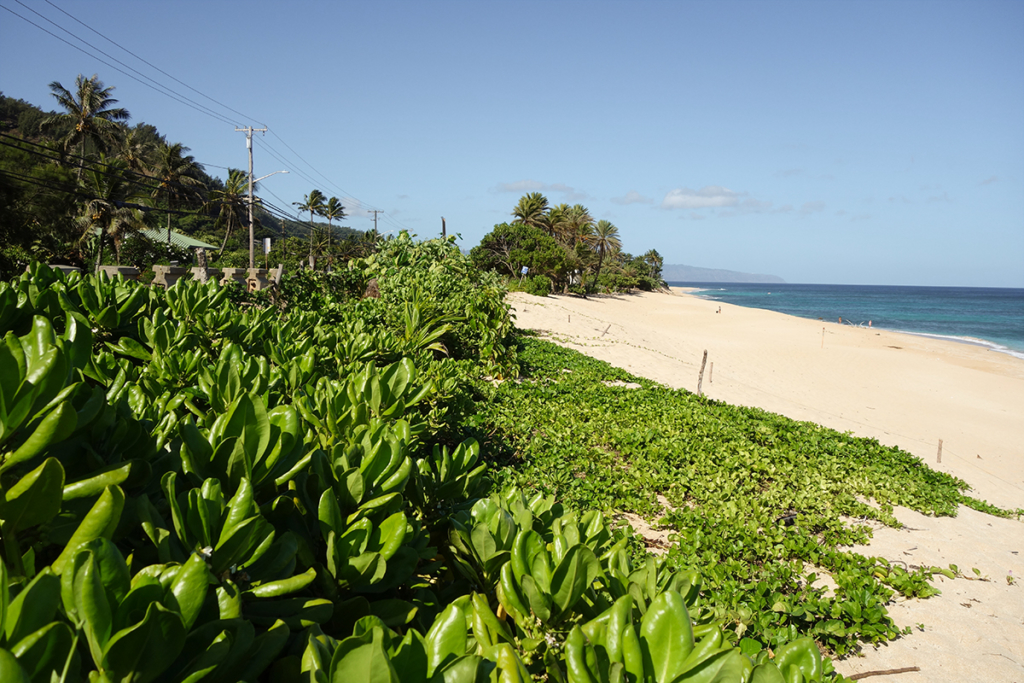 The same area after being restored with native plants, July 2020. 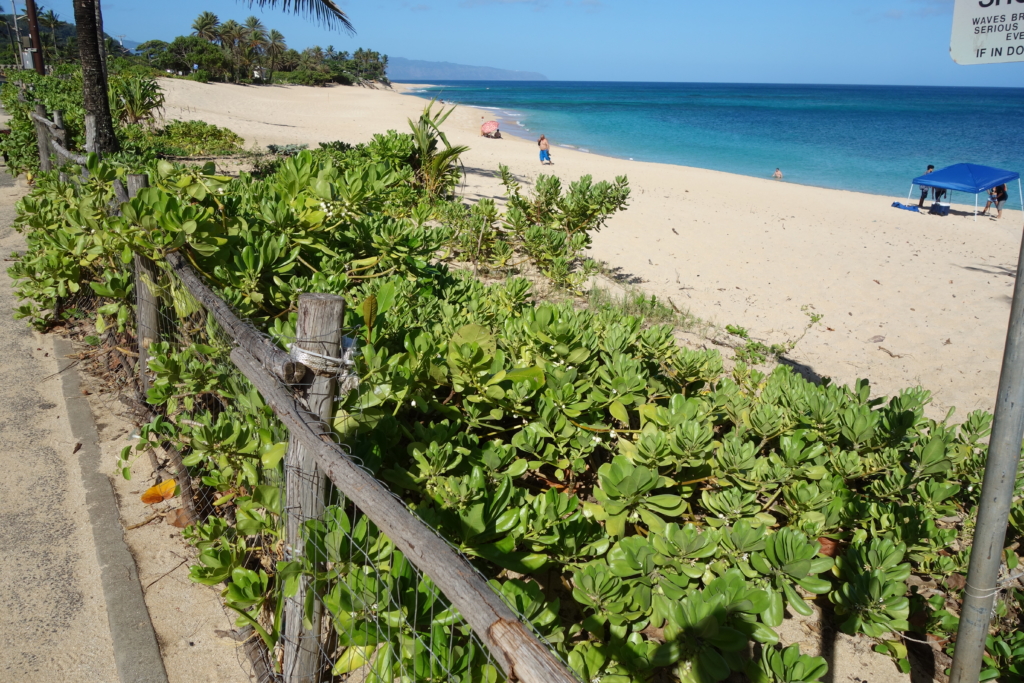 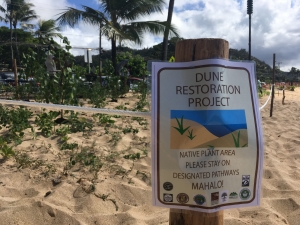 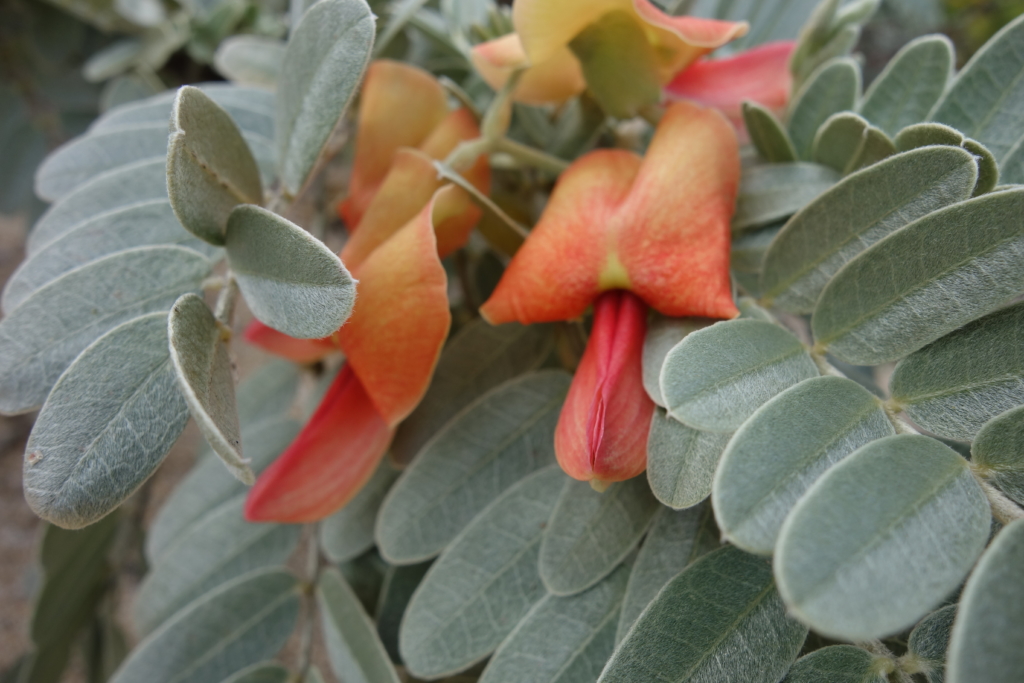 North Shore Community Land Trust has held volunteer workdays at Paumalū since summer 2018 to plant native coastal plants, build and maintain the repurposed ironwood fence and create specific beach access ways to reduce erosion caused by foot traffic. In 2020 we continued these efforts with small, socially distanced volunteer workdays in June and July. However, due to COVID-19 restrictions and closures by the State and City & County, we cancelled our previously scheduled August workday. We hope you can join us in the future for a volunteer workday at Paumalū. Stay tuned on our social media pages and website for updates. More general information about workdays is below: 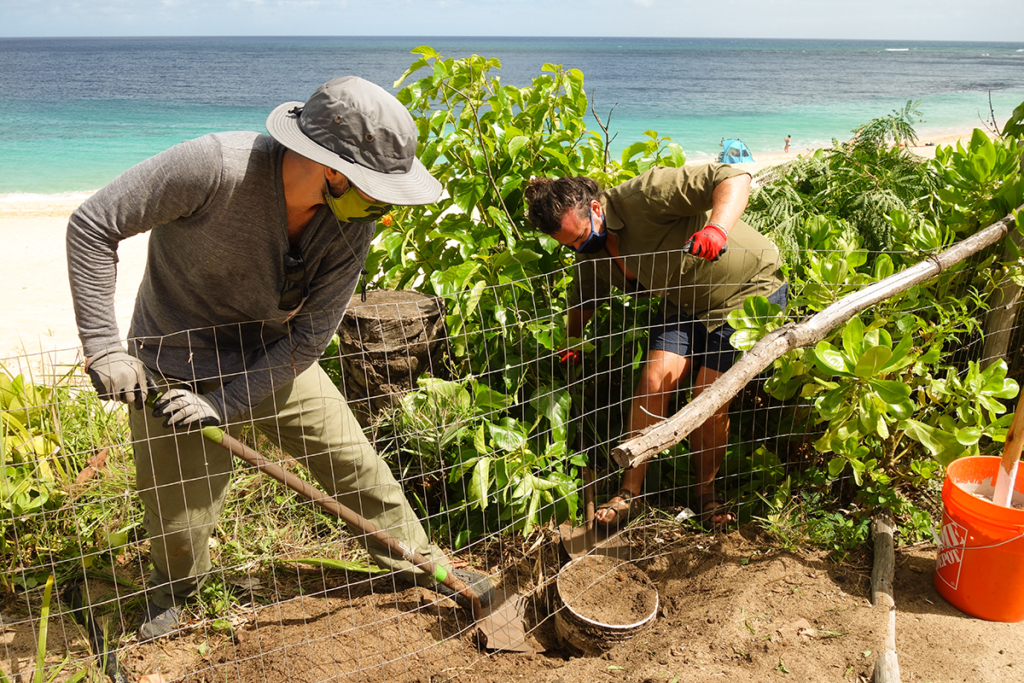 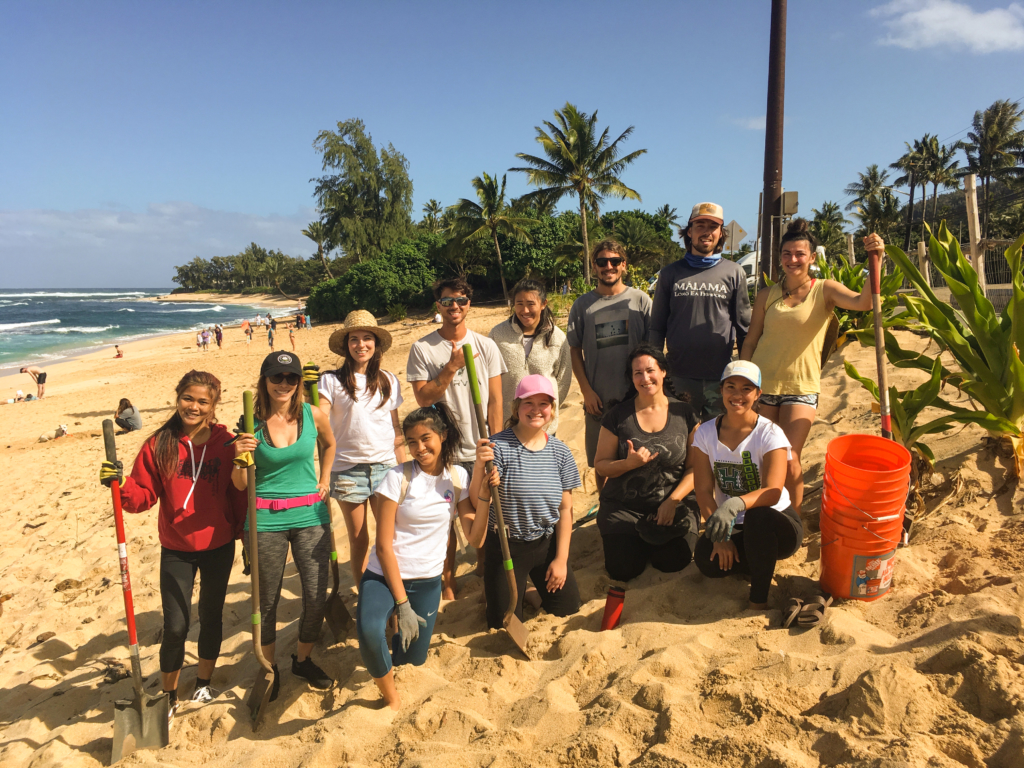 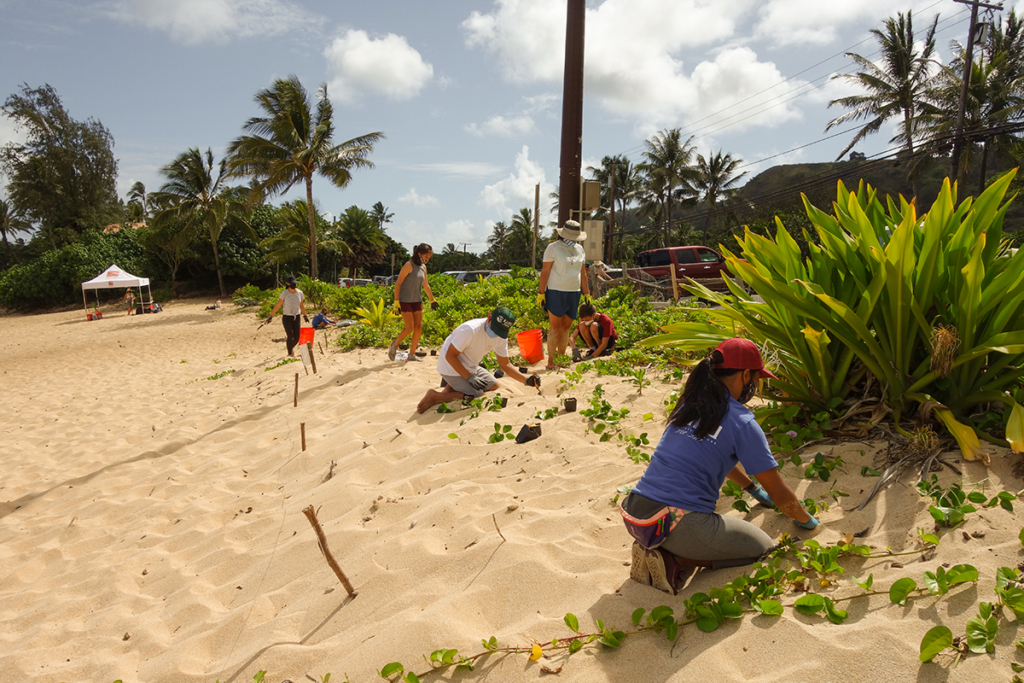